Well there is something you must know about me…and that is that I love making my own costumes. When October arrives my first thought is what will I be this year.

I finally was able to go to a costume store with my boyfriend and brain stormed ideas. We agreed to be characters from the video game Mortal Combat. I had to do more research on the characters because honestly I have no idea who they are.

Since its a family party I don’t want to dress too risky. So I have been debating on being a girl version of Scorpion or Kitana. A part of me wants to be Scorpion because I am a Scorpio. But then on the other hand my boyfriend kept hinting that he wants me to be Kitana. So today we are going to Joann’s to pick up some fabric. I’ll upload my sketch of how I plan on PG-ing this costume. I’m praying all my sewing skills can make this happen or else I will just be a ninja. But failure is not an option this Halloween. Can’t wait to show you how it all turns out! Here is an idea of what my boyfriend and I will look like. Today is not only my birthday but my friend Brittany too!!!

I can’t believe that today I turn twenty three years old. Yesterday my birthday Twin surprised me with a ticket to see a taping of The Voice. Amazingly I got to see Gwen Stefani, Alicia Keys and Adam Levine! They were so sweet and just as beautiful as I imagined. Alicia Keys was so loving when fans from the audience would yell out that they loved her she would just give the sweetest smile and mouthed I love you too.

We waited for almost three hours to get in and seat but it was an experience I will never forget. It was a perfect way to start off our birthday week.

I’m pretty excited to see what the week brings, I’m hoping that the universe sends me some luck.

Feel good about doing good—because it looks gorgeous on you. ✨ Help us support breast cancer research at our Cut for a Cause event this Sunday—visit an #ultabeauty salon from 11am-6pm and pay only $10 for select salon services. The best part? 100% of your purchase will go to @bcrfcure. Click the link in our bio for all the details. #Gorgeouswaytogive

Ulta throws a hair event every October to bring awareness to Breast cancer. This year I decided to join in and get a $10 haircut from their Salon. I knew that this was going to be a crazy event, so I arrived an hour early.

Sure enough people started arriving quickly and before you knew it there was already a long line. When the doors finally opened at 11 AM I was the first one to get their hair cut. I wanted to cut off any split ends and add more texture into my hair. The stylist was so sweet she even offered to add in a pink hair extension.

After she worked her magic my hair felt nice and healthy again. I was so blown away by how much I had to pay for my haircut. Usually I pay about 30 to 35 dollars without tip so I was over the moon when I just paid 20 just for the haircut and hair extension. Personally it was a great day to pamper myself and donate to a charity all about Woman.

Many people would never guess that my boyfriend was the only one in our relationship that really knew how to cook. I was 20 years old when I met him and sometimes it shocks me how much I have learned from him. He is not just my boyfriend but my role model.

So as I watched him, I began to pick up some cooking skills. My skills improved significantly that my boyfriend stopped cooking. Now there are moments when I miss his cooking. As any good boyfriend would do on my birthday month, he surprised me with a meal.

There is a local Asian market called H Mart and it is the best place to go treat hunting. We found some delicious ribs there and decided to buy some and make it at home. So today I will be sharing how my boyfriend makes short ribs.

First you put in some oil, we used Canola oil. Once the pan is slightly warmed you slowly put in the meat.

We cooked each side for about 3 minutes each.

Once it has brown you want to take the meat to the cutting board and chop it into pieces.

Then throw it back into the pan until it is crispy.

When that is all done we get a spoonful of rice and enjoy them together.

It’s Finally October! Are you guys just as excited as I am!?!

This month is my birthday so like any other year I spend this whole month enjoying every single day. I plan on welcoming every day with a wonderful beginning by meditating.

Since the universe loves me so much I get to share my birthday with my friend Brittany, so I’m overjoyed that I get to spoil her.

Even though I live in California the fall weather hasn’t really caught up yet. So I’m looking forward to those cold fall days ahead. I know that this year has been the hardest for costume ideas so if you guys already know what you will be feel free to share. When Halloween comes closer I’ll share with you what I ended up deciding to dress up as.

So to welcome this amazing month here is the quote for the week! Have a great Monday!

Hope you all had a fun and festive weekend.

This Halloween I was pretty amazed of how everything ran smoothly. I usually do my personal projects last minute so lets just say that I didn’t finish up my mask til a hour before we had to leave the house. But it came out pretty amazing.

On Friday for work I dressed up as Wednesday Adams. It was fairly simple I just got a black dress with sleeves, black tights and some black booties. I did my make up pretty simple with just black lipstick. As for my hair, I parted it straight down and French braided it. Since I didn’t have any white collared shirt I cut out pieces of paper and taped it to my dress.

American Apparel decided to throw their employees a Halloween Party. So I worked with HR to help decorate the break room and pass out goodies to the employees. They even had a costume contest where the top 3 winners got a Target gift card.

Now as for Halloween, I dressed up as Catwoman. This costume took a lot of hours of researching to find something that catwoman would actually wear. I ended up finding a lot of ideas with American Apparel clothing and if it weren’t for my discount I don’t know if I would have been able to afford it. I bought the Cotton Spandex Micro-Mesh Gloria-V Bodysuit and their Lame Shiny Legging. 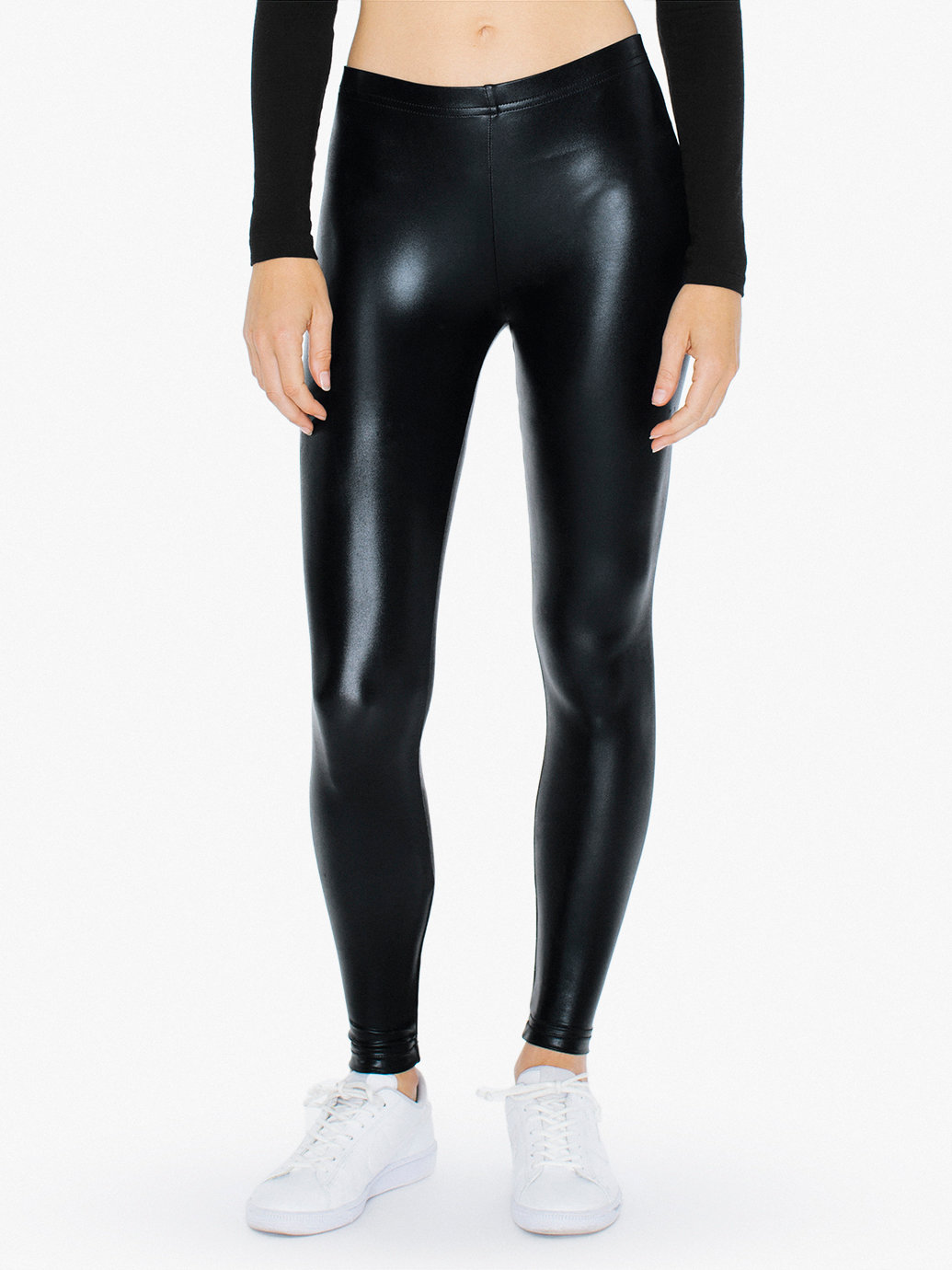 I added in my black belt and a black cami so it wouldn’t be too revealing. Now for the mask I went to Michael’s and bought everything I needed from there. I got two black felt fabric (.39 each), white puffy paint (3.00) and some cool black ribbon (1.25). After buying my supplies I used a template to cut out the shape. Once I cut it out I realized it was too long and my nose wasn’t cut right. So with some experiments with staples I customized it to my face and glue gunned it together.

I had a lot of fun getting ready for that day. If you are interested in making the mask the link to the template below.

Some of you don’t know that I have an annual pass to Disney. This year I really haven’t had the opportunity to go to Disneyland for a full whole day. When I go with my family, we usually go right after work.

My family go Disney crazy, we are all obsessed to the point where we know the rides on both parks. It’s because of that, that going with others isn’t that fun. They tend to complain more and not enjoy the innocents of being a child again.

So when I graduated I told my boyfriend that we have to go together because once this year is over my pass ends. After seeing the current new prices I won’t be renewing it either. He finally caved and said he would go with me.

On Thursday we went, I made sure that picked the right day when it wasn’t going to be too crowded. We went to McDonalds before we went to Disney just to get some breakfast. After that we headed straight to Disney California Adventures.

I love that park because it more for adults; so you have a little more wild rides there. We had their must have corn dog and ice cream by the pier. The rides we went on were The Little Mermaid, Goofy Flying School, Toy Story Mania, Radiator Springs Racers and Soarin’ Over California.

After that we went over to rent a wheelchair since me boyfriends leg was acting up. I think pushing him throughout the rest of the day was such a workout. Especially since there is so many slopes in Disneyland. With all that pushing we would take breaks and try some treats that were new. This time I tried their Mint Julep and Pumpkin Beignets and they were so bomb!! I completely fell in love with the beignets and as for dinner we had some mouth watering good fried chicken. The place brought us in because of the smell, honestly I would have never knew that Disneyland sold this dank fried chicken.  The rides we got on were Pirates of the Caribbean, Haunted Mansion, Indiana Jones, Space Mountain, It’s a Small World, Alice in Wonderland and Star Tours.

When the park hit 10:30 we left to catch the tram. As I was aching in pain from all the walking and pushing, I thought that today was the best day ever. I got to experience Disney with my best friend. This was honestly the best birthday ever and its not even my birthday yet lol.

Hope you guys have a fun Monday,